A Quarter, A Hamster & Allowance Money- Swappin’ It Story #1

Posted on July 9, 2009 by rememberthepoor

I know, I know…I said SWAPPIN’ Stories were going to start next week.  But I am bursting at the seams!  There’s TOO much good stuff to share. The following letter was received from a 3rd grade teacher at NCS, Nkumba’s Sister-school in Phoenix.  ENJOY!

In February, Remember the Poor was promoting “Eat Rice and Beans” for a week.  My third grade class and I discussed ways of sharing by giving up something of ours.  We wanted to give to the Nkumba children and their school.

For 2 weeks some students gave up their allowance, while others gave up their snack money. We had a jar to put the money in and a student from a previous year visited with me on one of her breaks.  She saw the jar and asked about it, so I told her what we were doing.  It reminded her of how she and her brother and sister had also been saving for something very special, a hamster. 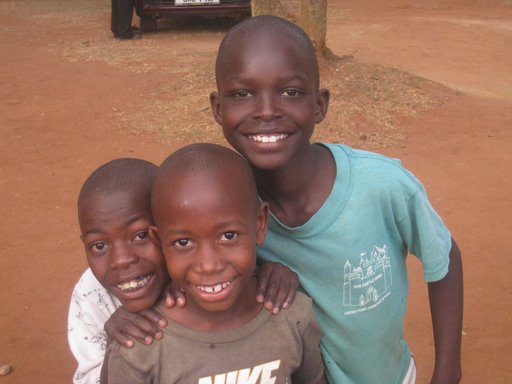 When she went home that night, God had stirred her heart and she felt compelled to share that money and give up something very special that she wanted.  She encouraged her brother and sister to give up their part as well.  And the next day she came in to put their hamster money into our jar for the Nkumba children.

We hope this little gift of love, $123.00, is used for God’s work and can truly bless the children.

And he (Jesus) sat down opposite the treasury and watched the people putting money into the offering box… And a poor widow came and put in two small copper coins, which make a penny. And he called his disciples to him and said to them, “Truly, I say to you, this poor widow has put in more than all (the others)…For they all contributed out of their abundance, but she out of her poverty has put in everything she had, all she had to live on. Mark 12:41-44

This entry was posted in 1. Bookmark the permalink.